This was probably my favorite of the seven IFF movies we saw, a paranoid little psychodrama about a woman who wakes up to find her husband is missing. All of his stuff (phone, wallet, keys, etc) is still in the apartment, and she discovers her husband is missing when a neighbor wakes her up from a deep slumber to complain about their (leashed, unattended) dog taking a big poop on the front lawn.

She concludes that he took the dog out for a walk and something happened to him. A logical conclusion. 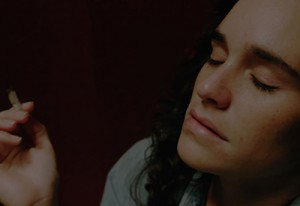 The only stills I can find for this one are all small and dark. And stoned.

Or is it? The interesting thing about this movie is that it starts as a simple mystery where our “heroine” Shir goes from increasingly sure that her husband is in trouble, to simply falling apart over the whole situation. Within a few minutes, she betrays a friend (and in her betrayal learns the friend lied to her), lies to police, reveals a violent history (her husband’s), hallucinates her dead mom, and on and on.

Also, each “chapter” is done largely in one continuous shot, making the whole thing feel like an updated Repulsion.

This is not a bad thing, and as the movie progressed, I started getting a “Telltale Heart” kind of vibe from it. I suspected the truth early on, and felt confident of it about halfway through the movie, but I think I really would’ve preferred a horror twist to the rather banal ending that we got. 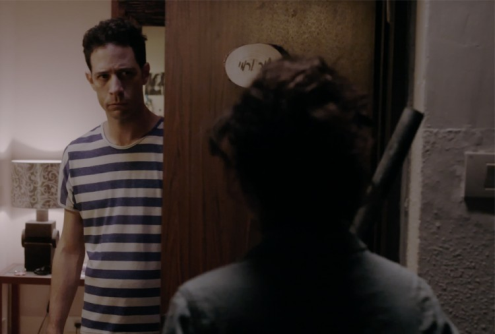 It’s sort of a dark, gritty reboot of “Where’s Waldo?”

The Boy was also sort of dismayed by it. After a great build up with lots of good elements, it just sort of peters out.

This was our second-to-last IFF movie.