The Boy has not really gotten back into the moviegoing swing of things, but it didn’t take too much to talk him into seeing this one-night-only Russian movie about an official who is cursed so that he can no longer take a bribe. I’m thinking Liar, Liar going in, and it was that, but because it’s Russian, it’s mixed with Drag Me To Hell. That is to say, it is a comedy, but there are elements of genuine horror—’cause it’s Russian. Seriously, 12, the Russian take on 12 Angry Men, and possibly my favorite take is social commentary—mixed with horror. Hell, that Russian family film we saw about The House Elf? It’s sorta E.T. or Mac and Me or something like that—mixed with horror. 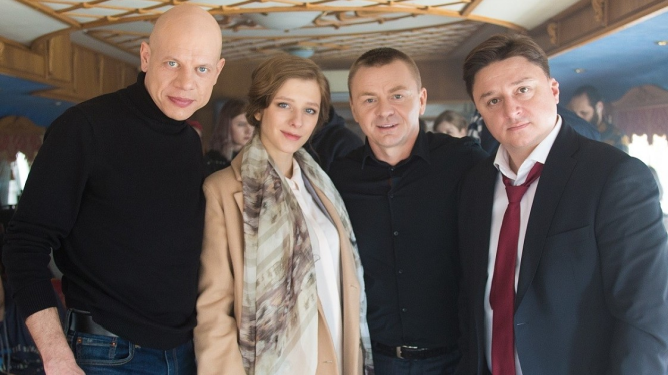 From left-to-right: The Heavy, The Good Girl, The Director and The Hero.

Russia is a seriously dysfunctional society, is the common message throughout these things. And yet, even in this movie, which is literally about what a hellhole corrupt third-world country this so-called superpower is, they are proud to be Russians. Hell, coming out of this, I was proud to be a Russian—not as proud as I am to be Korean, but prouder than I am to be an American, coming out of a typical Hollywood film.

And it’s really, really easy to see the difference: The theme of every Korean film, underlying or overt, is that the people of Korea are great, it’s just the corrupt, incompetent state forgets that Korea is its people and twists things to its own ends. And the theme of this film? Pretty much the same: Russians are great, but The System is so thoroughly corrupt that the inability to give or receive bribes is potentially fatal. An American film, by contrast, is going to show Americans as the problem.

In “Cursed Official,” our “hero” is a corrupt official who’s about to make the big play to become mayor of the city, and all he has to do is engineer a Kelo-style takeover of a local neighborhood so it can be razed to put up—well, not luxury condos, ’cause…Russia, but overpriced, poorly built, highly lucrative dwelling units. In his haste to meet with his important gangster partners, he gives short-shrift to an old lady whose only wish is to be buried next to her husband, which she can’t arrange because arranging literally anything requires a bribe, and she is poor. She curses him, and from that point forward, he can no longer take bribes. 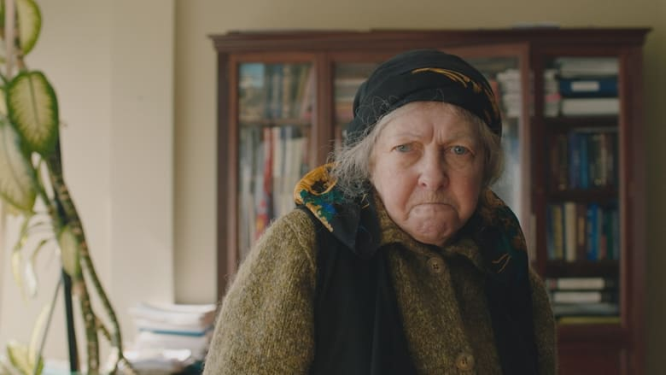 Before Keanu Reeves was “Baba Yaga,” it was this lady.

While comical in its effects—first because of Maksim Lagashkin’s physical talents, then because of the undeniability and untenability of the situation—the movie uses typical horror techniques (like severe musical riffs, violently shaking camera, etc.) to communicate that the curse is real and horrible even as we’re joking about laughably overt corruption and violence. And an odd thing is that we’re actually rooting for Maksim (I’m using the actor’s names for the characters because I don’t remember the characters’ names) from the start, even though we know he’s corrupt. This is a clever trick by director Sarik Andreasyan and his writers.

Maksim is corrupt, sure, but the whole dirty system is and he is, at least, competent in what he does, unlike the nepots that pass through his area on their way to bigger and better things. He’s devoted to his very vacuous wife (a wonderful performance by Lyubov Tolkalina) and only a little exploitative of his secretary, Elizaveta Arzamasova, a lovely girl-next-door-if-nextdoor-is-Kiev type that literally everyone assumes he’s banging. But he’s not, and he’s genuinely repulsed by the degeneracy around him, which gives us some element of decency to hope for. 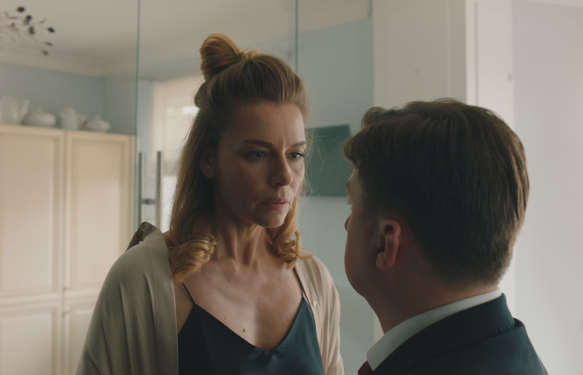 In the end, he finds the only one he can count on is the extremely loyal Elizaveta—and wouldn’t you know it, it’s her neighborhood he’s paved the way to demolish. So, the two of them are running around trying to get him uncursed, to save his life and his career but ultimately at the cost of her community, which makes for a fine opening to a third act.

But the movie never loses sight of the fact: the government, the cops, the doctors…these are not Russia. The Russian people are Russia, and they’re good people ground down by an awful system.

We should be so lucky as to have filmmakers with that kind of insight in the U.S.A. 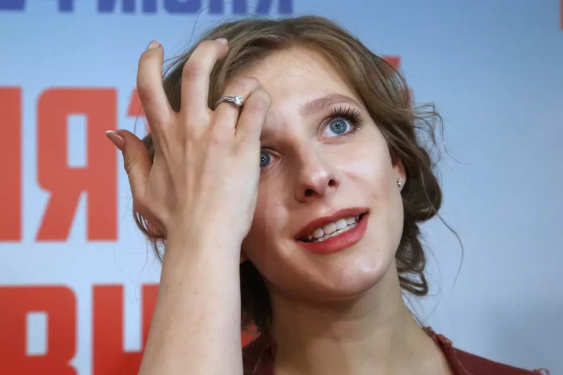