If I said that I didn’t know what was going on in The Turn of the Screw, how would you know whether I was talking about the novella or the movie?

Well, the tip off is that I used italics. If I had meant the novella, I would’ve put it in quotes. Though, honestly, having read the story about 2 1/2 years ago, the movie is probably easier to follow overall, at least until the end. 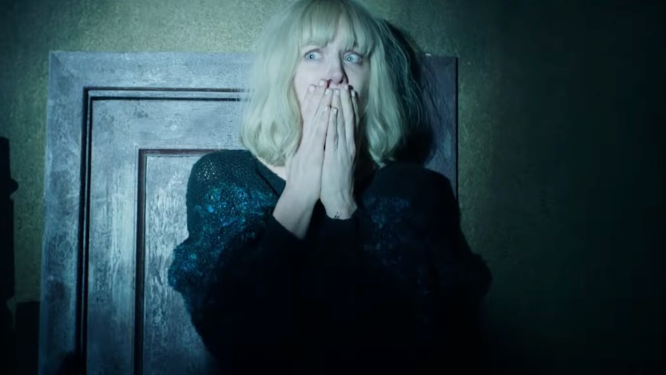 “We had to stop making sense to be true to the source material.”

This is about the 40th version of this story, which became popular to film in the ’50s. (A quick Ctrl+F on IMDB reveals it to be the 39th version, but I’ll bet some are missing.) What’s it about? Well, a nanny goes to take care of a young orphan girl and her brother who are being tormented by the ghosts not of their parents, but of some mysteriously missing or possibly deceased staff. Or the nanny is going crazy.

I’ve read the book, as I’ve pointed out, and I don’t know. I do remember reading passages of the story over and over again trying to figure out what the hell James was getting at. I mean, just the physicality of it, let alone the “is she or isn’t she?” issue. I probably should take another stab at it—though I did not have difficulty with any of his other stories. (“The Aspern Papers” is really fine work, all intimation and implication.)

Movies, of course, can only be so coy: They almost have to show you things, but then—if they want to create ambiguity—they have to convince you that what you saw was or might have been a hallucination. Where (long-time music video, first time feature) director Floria Sigismondi does well here is to give us enough solid grounding in the various haunting up front, but then slowly increasing the unreliability of our narrator-nanny (Mackenzie Davis, who’s in a lot of mainstream stuff I don’t know, like Terminator: Dark Fate). 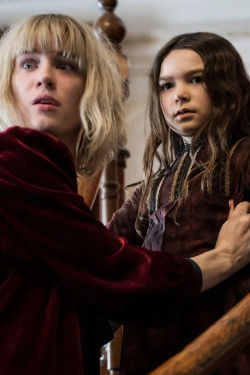 Trying to convince the younger generation “Terminator” used to be a great franchise.

To this viewer’s eyes, though, there’s some cheating here. I think if you’re going to have an unreliable narrator, then you can’t show things that she’s unaware of and completely don’t affect her. That is, if you show the ghost in the mirror, if the ghost isn’t real and at the same time the unreliable narrator both couldn’t see it and isn’t affected by it, then it either has to be real or you’re lying to the audience. This happens a lot: I can imagine the Nanny hallucinating a ghost that she couldn’t actually see, but she must be affected by it or the ghost must be real.

See what I mean?

Another thing on the positive side, but which probably doesn’t endear it to the popcorn horror crowd is the pacing. It’s pretty good at building without being rushed. The deterioration of the nanny, and her periodic quasi-recoveries, work well to create a sense of instability, whether warranted or not. 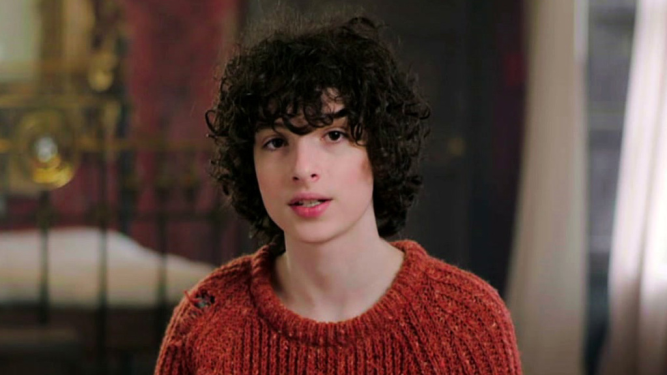 Some day puberty will come for you, Finn Wolfhard.

The acting is good: Finn Wolfhard (most famously of “Stranger Things”) is getting a little old for this stuff, but that age ambiguity sort of works in his favor here. Brooklynn Prince (The Florida Project and The Lego Movie 2, both of which I’m sure I reviewed but cannot find now) pivots nicely between innocent and/or possibly evilly-possessed demon child. Barbara Marten does a fine job as the creepy (or is she?) chef, and Joely Richardson (late of Color out of Space) has a nice little role as the Nanny’s insane mother.

How is it, though, as a movie experience? Well, I’ve mentioned that a lot of these recent horror movies (The Grudge and Gretel and Hansel, in particular) have really fallen flat in terms of atmosphere, which is something I sort of expect the humblest of horror films to manage, and this is true here. The house looks more lovely than spooky. The “forbidden area” of the house doesn’t seem especially foreboding. This is true even when the scenes themselves have genuine menace.

Scenes of the nanny being threatened, as a young woman might be in those circumstances, are rather effective.

The first ending makes a certain sense and is ambiguous enough for my taste. But the second ending is contradictory and makes things downright murky, as does the stinger. I liked it better than The Grudge and I may have liked it better than Gretel and Hansel, but none of them are easy to recommend.

Hey, now, everybody makes a bomb once in a while.