In space, no one can hear you scream. It was such a great tagline, for such a minimalist trailer, and so iconic that today it’s almost impossible to hear without suppressing a giggle—because mostly what you remember are all the parodies of it. Fans of low budget cinema know, however, that the two most influential films of the ’80s were Alien and Mad Max, up until Die Hard, of course. Some might also include Blade Runner but that was too unsuccessful at the box office and also too expensive to bother with trying to imitate. 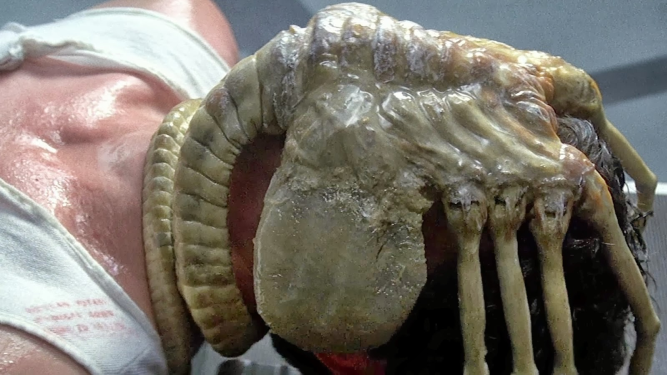 Ugh. Mondays, am I right?

And speaking of Blade Runner, the version of Alien we saw was not, in fact, the original, since Ridley Scott seems to have George Lucas’ disease. I haven’t watched the movie in decades but I somehow know it by heart, probably from watching it repeatedly in whole and in part, as a kid. This version adds some back and forth between Yaphet Kotto and Harry Dean Stanton which doesn’t advance the plot at all, though it gives you a little more insight into their characters. Wholly unnecessary insight since, they establish their characters quickly and succinctly early on in the discussion about their shares. There’s more time on the alien world which is cool, but de-escalates some of the tension.

Stanton’s exeunt from the proceedings is also much stretched out and shows more of the creature. And the ending, where Veronica Cartwright and Kotto confront the alien is stretched out a bit, as well, which makes Ripley look a little less like a heel for ditching them without “being sure” they’re dead. It’s also unnecessary because by that point, the audience is pretty sold on the invulnerability of the title character. 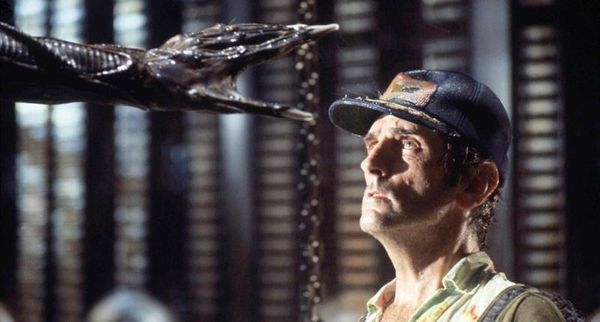 In short, this version makes a little more sense but is less tight and exciting than the original. The Flower, who had never seen the film before, objects in principle to these sorts of things and I agree: Preserve the theatrical release. I’m not dead-set against “re-cuts” on either a commercial or artistic level, but the originals are records. And in this case, the familiarity of the story argues more for keeping the original, tighter cut and not worrying about little plot holes here and there.

As has been pointed out by, I think screenwriter Dan O’Bannon, the biggest plot hole is the massive growth of the alien from a tiny little hand-puppet to a 6′ 10″ Nigerian dude in a very short space of time with no apparent access to food. ‘s fine. It’s a scary boogen. Enjoy.

It is, of course, just a haunted house movie or—I think more relevantly for the time—a slasher flick set on a space craft. ’70s science-fiction uber-fan and author of such great movie review books as The Science Fictionary and Monsters: From Screen To Scream, Ed Naha argued that Alien was just an unpleasant, uncredited remake of It! The Terror From Beyond Space. Well, even after 40 years, Alien is gripping. The characters and locations feel real. Even if the shock value is largely gone, there’s still a lot of good suspense and top-notch acting. 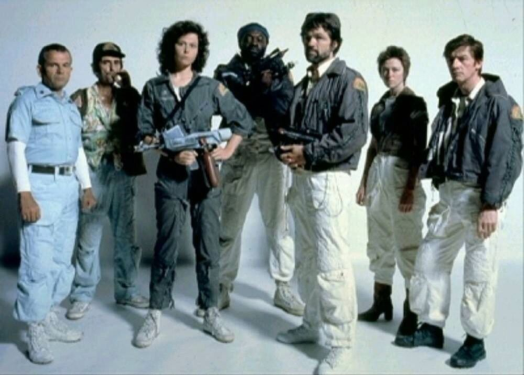 They’re children! But none of them are wearing onions on their belts, which was the fashion at the time.

Sigourney Weaver looks like a damned child in this. Which is the first time in my life I’ve ever said that. She’s 29 or 30 in this, even, and she has a face that I’ve always felt looked mature, but she just seemed just this side of a high school babysitter. Which means, I guess, I’m really effin’ old or something. Skerritt, who is 45 in this, looked really young, too. But, I mean, he’s 85 now and had a great deal of success in the ’90s. Virginia Cartwright looks cuter than I remember. Stanton looks old, but he always looked old. Same, too, of Frodo, er, Ian Holm! Oh, and John Hurt. It almost seems odd that only two of the actors (Hurt and Stanton) are dead, 40 years later. Actually, I guess four are dead if you count Bolaji Bodejo and Helen Horton (who was the voice of Mother).

By contrast, five or six of the cast of It! were dead 40 years later, and I don’t know where I’m going with this.

Anyway, we all liked it, The Boy most of all—I suspect appreciating as he did the concise but colorful characterizations and the command of space that seems to be missing from a lot modern movies, to say nothing of the suspense which as I noted earlier holds up quite well. 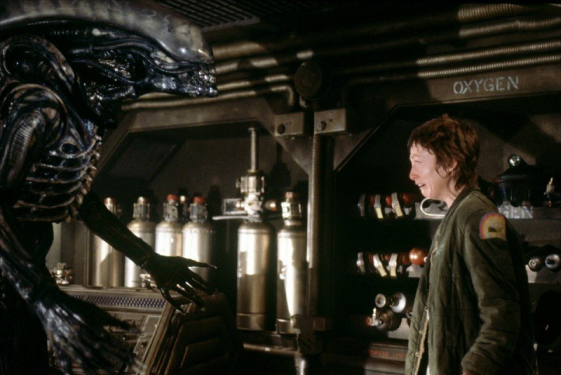 “Greetings sir or madam, I request your assistance in transferring funds…”