I know what you’re thinking: “Did he fire six shots or only five?” Well, to tell you the truth, in all this excitement, I’ve kinda lost track myself. But being this is a .44 Magnum, the most powerful handgun in the world, and would blow your head clean off, you’ve got to ask yourself one question: ‘Do I feel lucky?’ 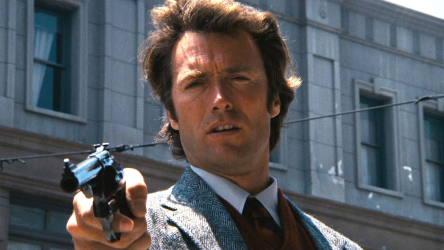 The fun thing about The Boy is that you can’t take him anywhere. I mean, you can, but he’s the honey badger of … I don’t know, humans? He’s been working with me in my big, cushy corporate gig* for a couple of years and it is just not in his nature to, as the French say, bullshit.

I realized this tendency ruled out higher education for him, but he had the right attitude and just enough chops to win employment from an internship spot I got him, and I have to admit, when I’m not cringing about it, I find his complete and utter honesty the most refreshing part of my day. N.B. that the cringing comes from me having fully absorbed the “social niceties” and certain workplace customs that are terribly counter-productive. Niceties like not being able to admit when you’re in trouble, or when you need help or when you flat out just don’t know what you’re doing.

We’re all there sometimes, at least in tech. It’s a constant learning struggle. But The Boy freely admits this without compunction and as such he gets more done and learns better than a lot of people do when they worry over the notion that admitting less-than-omniscience might lead to getting fired. 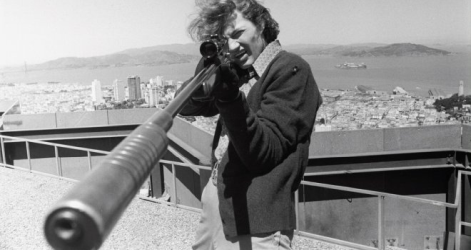 IT and serial killing: Two fields that are always pushing technological limits.

I bring this up only because it’s not constrained to the workplace, and when our theater had a plucky film critic come in to talk about Dirty Harry, The Boy found his thesis—that Harry Callahan was sort of a modern-day (for 1971) Paul Bunyan—wanting, and wasted no time in telling him so. You could almost hear the echoes of Eastwood’s voice…

It’s hard for me to shoehorn any traditional American icon into Dirty Harry’s scuffed brogues—at least until you get to the gunslingers. Because, in essence, Harry is a cowboy transplanted to a liberal, cop-hating 1971 San Francisco, performing his thankless task in a world that apparently would rather he didn’t exist. Predictably, our critic viewed this entirely from the perspective of a progressive, though he had the good taste to mask this somewhat. But I think director Don Siegel and Clint Eastwood were not lying when they said they were just trying to make an entertaining police actioner.

It’s massive success may be less due, as the progressives have it, to a reaction against the inevitable progress of society, and more to the fact that people don’t really go to the movies to be preached at and told how awful they are and how terrible their world is. As bad as crime got in the ’60s and ’70s, it may be, simply, that people just wanted a movie that was fun, that was suspenseful, that gave them heroes to cheer for and villains to cheer against. (And Andrew Robinson is wonderfully despicable, reminding me much more of Joaquin Phoenix in Gladiator (2000) than anyone else.) 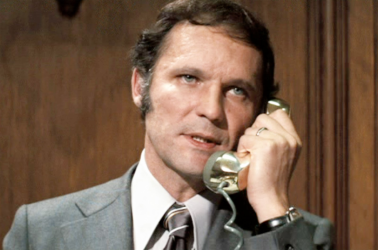 In other words, America may have just stopped caring about movies by this time and reacted to this movie less because it reflected a distaste for current events and more because it was finally a chance to have a little fun. Although, Harry is largely not really “dirty” in the police sense. His only real abuse of power is when he tortures Scorpio (Robinson) to save a little girl. (Which, seems like the “is torture okay” debate’s been going on a long time, ey?) In every other circumstance, he only resorts to violence in self- or other-defense. It’s just that the criminals make it soooo easy.

Which is the fun.

And, if you want to get jiggy with it: It probably presaged the successes of films like “Star Wars”, “Jaws” (no, you didn’t root for the shark, you liar), “Raiders of the Lost Ark”, and so on. Life is hard, and ambiguous, and sometimes it’s nice to just know what side to be on. This is what powered the westerns. This is what powers Dirty Harry. (Who never lost the plot—well, at least not until the Death Wish rehash that is Sudden Impact.)

You know the plot: Dirty Harry is assigned to a case trying to find the Scorpio killer (based, very loosely, on the Zodiac killer), who just gets increasingly evil and twisted. You can argue that he’s hamstringed (hamstrung?) by police procedure that cares more about criminal rights than their victims, but honestly, almost everything he does is “hot pursuit” which is pretty much covered under the law as far as I know it. (And you know my law degree, like my creativity, is ingenuitive.)

Ultimately, I think this film is less significant, beyond being a pretty good film, than it’s made out to be. It’s an early example of Social Justice Warriors (film critics, in this case) at work in America, but at a time when people cared a lot less what other people thought about everyone else’s tastes.

Good command of space. San Francisco almost feels like a real city. Very dark in shots, though the kids found this utterly acceptable, because even when the lighting was very, very dim, they could still tell what was going on, and they felt it added to the suspense. The Flower, whose favorite movie for years was Gran Torino, loved the whole “loose cannon” and ’70s detective archetype. The Boy had seen it before but felt it held up well.

Paul Bunyan, however, he didn’t see.

*gig may not actually be that big, that corporate or that cushy 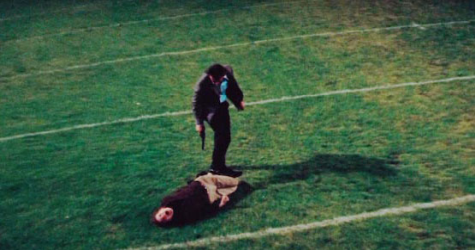