Well, golly, it’s been several months since I’ve asked the immortal question: Why is the New York Times allowed to exist? When not slandering the American public, they’re plumping murderous communists like Stalin.

Which is only obliquely related to today’s film Bitter Harvest, about Stalin’s purge of Ukrainians through starvation, that references the NYT’s perfidy with only a brief reference to a newspaper (printed in a font that looks an awful lot like Times Roman) which says something like “Things pretty swell in USSR despite some food shortages.” But any opportunity to remind the world that the Times is basically out to Kill Us All Morally, Spiritually and Physically should be taken, in my opinion. 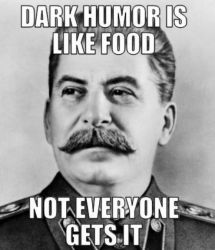 Bitter Harvest is the story of Yuri and Natalka who fall in love as children, and come of age when the evil-but-lethargic Lenin is replaced by an evil-but-energetic Stalin. Stalin is collectivizing the farms where Lenin decided that would require more brutality than he was comfortable with. Stalin was not only comfortable with it, he greets resistance by gratuitously taking all the food in a deliberate plot to starve the Ukrainians.

I’ve read that it’s not certain that Stalin meant to starve all those Ukrainians, because some people feel that would make it better. 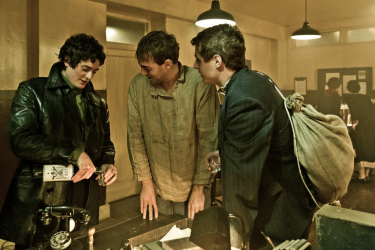 But only vodka makes it better.

After a scene where Yuri convinces Natalka that he loves her even if she is cursed to bring him misfortune, Stalin’s starvation policies drive Yuri to try to find work in the city. In the city he gets a taste of the increasing repression and finds his way back to the village, where Natalka and the villagers have been having a rough time of their own.

It’s not surprising that this has a HUGE Rotten Tomatoes split. What is surprising, perhaps, is that this has one of the biggest splits I’ve ever seen, with critics giving the film a 10% and audiences giving it a whopping 80%. That’s bigger than God’s Not Dead‘s 15/76! Which I think tells you that critics love Communism more than they hate Jesus.

So, what’s the deal with this? Like many films that don’t color inside the politically correct lines, it’s uneven. I could speculate that the Hollywood blacklist chases away talent or that the money guys decide to interfere when they shouldn’t, but whatever, there aren’t a lot of movies that in the Forbidden Zone that are well polished (see Heaven Is For Real and Miracles from Heaven for exceptions).

“There go our careers.”

In this case, this is an epic story that (minus credits) doesn’t clock in at much more than 90 minutes, so a great many things are not well-developed. Stalin, for example, makes a brief couple of cameos (played with scenery chewing Vader-esque evil by Gary Oliver). There’s a pro-Communist Ukrainian rally. There’s suppression of same. There’s an actual military resistance, immediately put down. And so on. In short, there’s a conflict between the magnitude of the film’s ambitions and its actual budget.

The movie also starts out rough, just in terms of editing. This makes the two leads look a little clunky.

There’s a kind of badass action scene in the beginning that made me almost think they were going to action-hero the whole film up, which could’ve been cool. But the rest is fairly straight, until the third act military resistance.

After the first act, the movie settles down a bit and seems better put together. The principles (Max Irons, Samantha Barks) are appealing enough though not developed as well as I’d have liked. And it definitely moves. Benjamin Wallfisch’s score is pleasantly derivative and consistently good, as is Douglas Milsome’s cinematography (which has flashes of brilliance).

We all liked it, for all its flaws, including The Boy who was pretty sure the film was going to lose him up front. I don’t know if we’d say it was four-out-of-five stars but it’s sure not one-half-out-of-five. 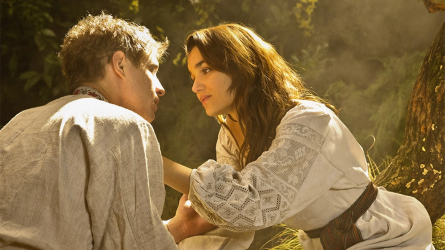 Next up for Irons and Barks: A remake of Ridley Scott’s “Legend”.