When making a movie based on a historical event (as opposed to making a movie coincident with historical events), one generally has to figure out how to compress the elements of the actual occurrences into a smaller number of characters and a shorter period of time, in order to preserve the film’s watchability at the expense of accuracy. (Michael Bay’s 13 Hours may be a rare example of that not being the case, although even it is obviously not 13 hours long.) And in the process of doing so, one tends to add various fictional elements to give the movie more suspense, more action, more romance—whatever it takes to make the kind of movie one wants to make. In the case of the under-rated Labyrinth of Lies, for example, certain elements of action and suspense were focused into a character who was a younger, better looking composite of the people actually involved, who heroically recovers the story of the Holocaust from the memory hole. (I understand in Japan, by contrast, schoolchildren are basically taught that the US just dropped an atomic bomb on them for no reason.) 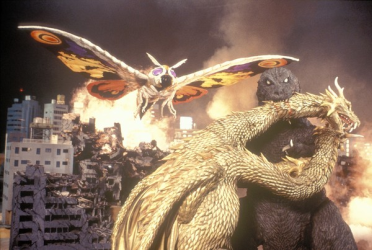 And we all know how THAT turned out.

The People vs. Fritz Bauer is similarly themed: Bauer is a man in charge of bringing Nazi war criminals to trial in Germany. Problem is, the government doesn’t really want to do that, and works against him at every turn. This is undeniably the way governments work: Witness the various US governments’ eagerness to downplay their roles in slavery, segregation, euthanasia, forced sterilization and other great progressive notions. He’s supposed to be working with Interpol but—and this is the first time I’ve ever heard this admitted in a movie—Interpol was started and staffed by ex-Nazis. (And who knows how “ex-” they really were?)

Bauer’s big coup is that he’s pretty sure he’s found out where Eichmann is. If he reports it to his bosses, they’re report it to Interpol, and Interpol will warn Eichmann. Eichmann vanishes and gets away, and Bauer really doesn’t want that. Oddly, despite Eichmann’s banal evil, and despite the movie’s playing of recordings of Eichmann’s lamenting that they hadn’t managed to get all the Jews (a far cry from his defense), I didn’t feel as moved as I know I should’ve been. Emotionally, the movie is focused on Bauer getting around the barriers, and his assistant sacrificing his life and career to bring the Nazi to justice. 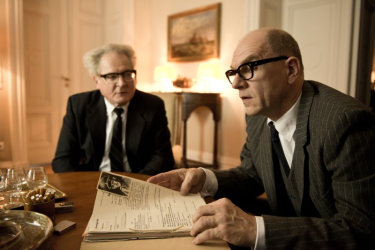 And that involves LOTS of paperwork.

You see, in order to make sure Eichmann doesn’t escape, Bauer goes to Mossad. But taking intelligence to a foreign government like that is treason. And The Powers That Be are determined to take Bauer down, certainly more to keep him from persecuting Nazis than out of a sense of patriotic duty, and Bauer has a fairly well-known secret: He’s homosexual. He identifies from his own team, a young go-getter who is also a homosexual, though in the young man’s case, this is not yet known to anyone. Well, the audience knows, since it’s pretty well telegraphed in the first scene, though the movie does (I think) try a fake-0ut by suggesting that he’s fascinated by a young woman. (They cheat, of course, as use an actual woman and a CGI penis or prosthetic or whatever.) But we were so not fooled we weren’t sure that they were trying to fool us. 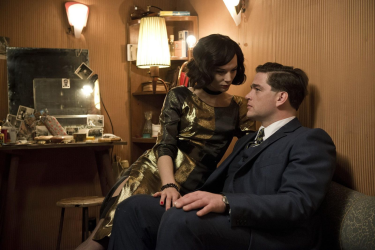 Sort of a reverse crying game.

Various dramatic embellishments aside, the movie stays rather low-key. There isn’t the paranoia of Labyrinth, no action to speak of, and only a little bit of suspense. It kind of plays out exactly as you think it will, and even the climax is played with a teutonic phlegmatism that makes you (if you’re me) utter the refrain “That’s SO German!”

Anyway, we did like it: The acting and pacing is good. The atmosphere is good. Whatever liberties it takes seem to be pretty respectful. But maybe don’t watch it if you’ve been up for the past 48 hours.

One thought on “The People vs. Fritz Bauer”