Cloris Leachman, whom Betty White refers to as “young lady”, actually showed up at the theater for the premiere of this low budget road-trip comedy about a slackadaisical millennial and his good-for-nothing sister who end up chasing grandma up to Seattle as she struggles to return her stuffed dog to a golf course, in honor of the last promise she made it.

We didn’t go to this showing, and if we had, we would’ve taken a powder before the Q&A. We’re about the movies, man, not the machine!

It’s always different watching a movie when the people involved in making it are sitting there with you. For every fun movie with low expectations, like Expecting Amish, where the crew being there enhances things, you’ll get five The Graves, where you’re squirming in your seat because, wow, how could anyone have thought this idea was one they wanted to immortalize on film? 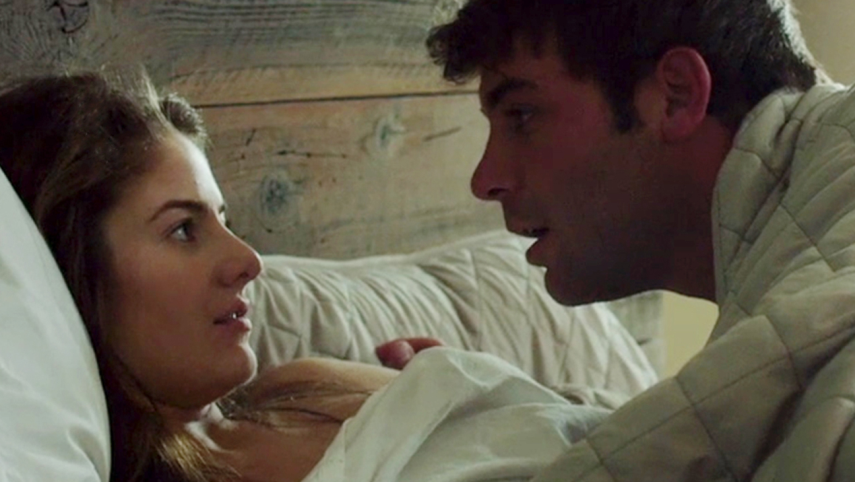 It’s not as awkward as this (deliberately) awkward sex scene, probably.

I don’t like seeing bad movies. I hate having to say “Wow, this was a bad movie.” I don’t mind saying “I didn’t like that”—and there’s a huge gulf between “Well, I recognize Scorcese’s genius, but it doesn’t appeal to me” and “That’s just bad and I question the taste and sanity of those who thought otherwise.” Having that kind of reaction in a theater where actual human beings who made actual creative decisions you can’t fathom? It’s not pleasant. 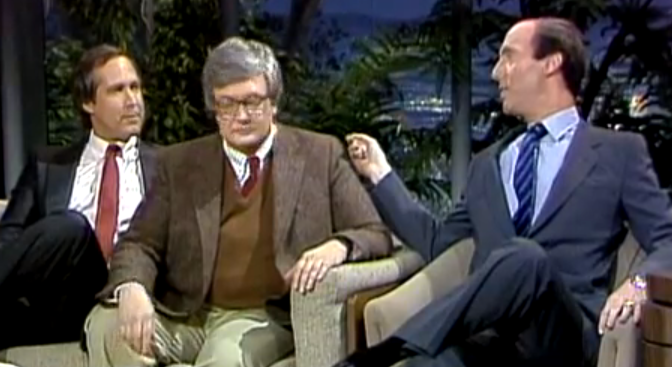 Unless, I guess, you’re ripping Chevy Chase on Carson.

Fortunately, This is Happening is not squirm-inducing bad. It’s watchable enough and has a few (if forced) laughs—and as a freshman effort from writer/director Ryan Jaffe, I wouldn’t say “ban this man from filmmaking!”—but it’s not what you would call tight. It wants so hard to get to its zany emotional breakthrough, it cuts a lot of corners.

The premise is that loser Philip is roped by his loser father into going to Palm Springs to bully his loser grandmother into a loser old-folks home. Loser sister tags along for the ride because she’s got it in her head to pull off a drug deal to turn her life around. After getting grandma high, sister lets slip Phil’s real reason for being there, and rather than Grandma just telling him to go pound sand—when she has no compunction doing that generally to everyone—she flees with her car and stuffed dog to Seattle. 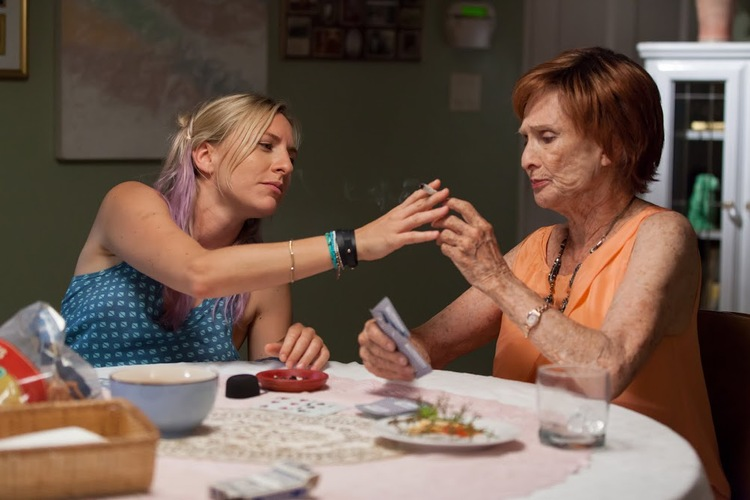 Along the way, they bond to various degrees and we get a little bit of backstory to explain their loserness.

This is low budget film, Ms. Leachman notwithstanding. Judd Nelson and Rene Aburjonois do the classic “Shoot for a day close to where I live” thing that puts names on a video box (or these days, an “on demand” capsule). I suppose that’s necessary commercially but the movie would’ve been better without wasting precious minutes on superfluous characters.

They’re supposedly going to Seattle, though that’s apparently much closer to Travel Town and the L.A. Zoo than I thought. (Heh.) I don’t mind that sort of thing—I presume most people won’t notice or care—but at points it go to be surreal. In fact, the way the brother and sister kept crossing paths with grandma, The Boy and I were trying to work out if there was something mystical going on. There’s 1,200 miles of The Grapevine between Palm Springs and Seattle and this almost plays out like an extended chase scene.

All this is trivial stuff, though. Ultimately a movie like this rises and falls on its character development and dialogue, and we just didn’t buy it. Swearing grannies is kind of old hat and doesn’t have the shock value it might have 20 years ago. Meanwhile, there’s an awful lot of shenanigans knocking the wind out of the dramatic sails.

At the end of the second act, Rene and Judd have a little talk about trees dying, then Judd says something like “That’s a metaphor, right? I hate metaphors.” And Rene says “I was just talking about trees.” And I thought: “That’s this movie: It’s trying to do something very obvious but also trying to signal that it knows how obvious it is.” 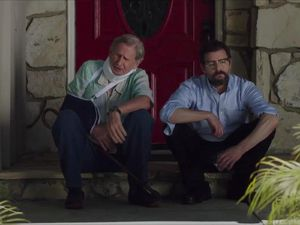 This is probably Judd’s house. Or maybe Rene’s.

Occasionally, though, there are flashes of really fine filmmaking. A good number of scenes take place inside this tiny bedroom where the brother and sister spent time as children. The blocking in those shots is really quite good: It feels claustrophobic, and regressive (in the sense of regressing to childhood).

The principals do well: I don’t know James Wolk, and I didn’t recognize Mickey Sumner (from Frances Ha). Wolk and Sumner pretty much carry the film, though obviously with some assists from Leachman.

It was just a bit disappointing overall: It never gelled in the sort of powerful way it might have.

One thought on “This Is Happening”