It’s been almost a year since the last time I started a movie review with “Wow” and that was Whiplash, which walked away with three Oscars. I said it again after Aram Aram, though it will not get the attention as Whiplash, and perhaps isn’t as good, but is still both a really good example of filmmaking and an exceptional example of low-budget filmmaking overcoming its limitations.

It’s practically a hobby of mine, spotting the low budget techniques used in films, which I think started back with Sinister, when I noticed Fred Thompson in a role that probably took two hours to shoot, and Vincent D’Onofrio literally phoning (or Skype-ing) in his performance. Low budget productions can take a couple of routes:

They can get the big names for one-day shoots, and though that’s draining the presence of even a minor celebrity for even a small amount of time moves product. 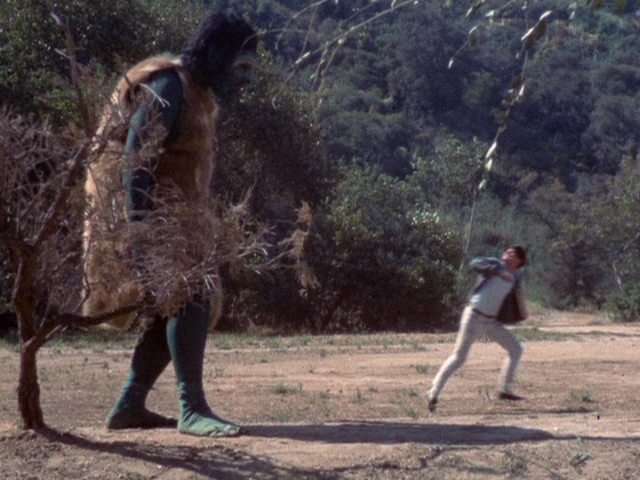 You can hire cheap labor from Gigantia rather than use expensive, large American actors.

They can let their budget dictate the shape of their movie. Now, there are two ways of coming at this: The bad way, which was highlighted on “Project: Greenlight” a few years back, when they were directing a horror movie, and someone decided they needed to make it a creature feature. But the consensus from those in the know, including Wes Craven, was that they didn’t have the budget for a creature feature. (Creatures are expensive or they look like crap, which is why you got the occasional still picture or crickets climbing on postcards.) But it can be done in a good way, too: You make the movie for the budget you have, rather than trying to shoehorn any given screenplay into a budget.

The latter is important, because it leads to the rarest and most gutsy approach to independent film making: Dare the audience to care about the size of the budget. And that brings us to Aram Aram, a low budget movie that was probably made entirely by people fetching coffee and pulling cable on big budget productions, and which is probably better than most of those. 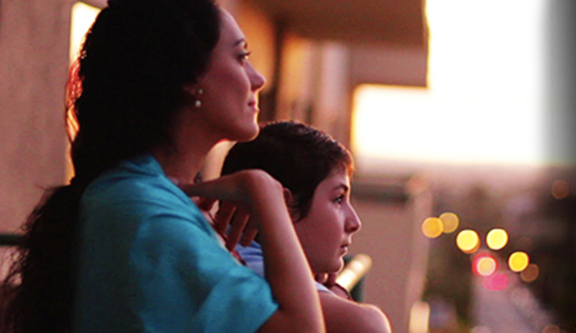 “What could possibly go wrong? We live in the Middle East!”

The story involves Aram, an Armenian 12-year-old boy who is brought to Los Angeles after his parents are killed in Beirut, and who must live with his grandfather, a humble shoe repairman. The boy is doing pretty well, all things considered, learning some English and (of course) some Spanish, but he’s courted by a local thug who is rabidly pro-Armenian-identity and who appears to be running a protection scam on the local Armenian businesses.

It’s an old story, of course. But we kept finding ourselves impressed by the execution. For example, it would be cliché for the grandfather to have been a crusty, angry old disciplinarian, but he’s actually pretty nice. He has his moments, of course—he just lost his daughter, after all—but most of the conflict between him and Aram seem to stem from him not really knowing what to do with a 12-year-old kid, and not really seeing the appeal of the thug life—and also finding the racism inherent in tribal agitation appalling.

When everyone dresses like this, it’s hard to tell who the bad guys are.

I particularly liked how the camerawork changed from sequence to sequence: It’s not shaky-cam, except in the movie’s climactic chase scene; it’s occasionally static, though not in a “don’t know what to do/can’t afford to move it” kind of way; but mostly it’s given modest movements and location appropriate to the action and dialogue. Granted, this is mostly intimate, closer shots—which itself can belie a low budget, but it befits the story.

There’s a good use of soundtrack, both Armenian rap (I think) and a simple, but effective score by Katy Jarzebowski.

There’s a bit of deus ex machina at the end, perhaps. But it was not implausible, and it serves to give the story a reasonable, clean ending, rather than leaving things up in the air.

Mostly, though, the story gives us good, likable (or not) characters to root for. John Roohinian as Aram, and Levon Sharafyan as the grandfather, with Sevak Hakoyan as the thug turn in polished, pro-performances—and are not left hanging by the sort of sloppy editing that also is a hallmark of low-budget films.

The Boy and I came out really positive, thumbs up, after being somewhat reticent to see it in the first place. We were glad we did.

And we learned a valuable lesson about not being seduced by the high-speed world of shoe repair.