This would be the sixth film in our five-film greatest-of-all-time series but I suppose I’ve spoiled it but pointing out that there were only five films in said series. Where Guys and Dolls had been a marvellous surprise and West Side Story about as good as it’s hyped to be, Hair was, by contrast, a crashing disappointment, and a new entry in my “Over-rated Boomer Artifacts” catalog, which previously consisted primarily of Forrest Gump. (It’s an okay movie, people. It’s just ain’t no ways Oscar-worthy and primarily owes its acclaim to pandering to a certain, tired worldview.)

But Hair is just miserable. To its credit, it’s not miserable in the most obvious of ways, which would be to elide the awfulness of the shiftless, amoral hippies who constitute its central characters. It seems to recognize the bankruptcy of their dissolution. The downside of this is that you’re watching a movie about awful people doing awful things.

There’s a reason I’ve avoided seeing it for all these years, but I sort of talked myself into it, with seeing Milos Forman (Ragtime, One Flew Over The Cuckoo’s Nest, Amadeus) as the director. Even so, I can’t say I was surprised at how bad it was.

Except: The music is awful, too. But I’ve heard some of these songs before, and they’re better elsewhere. The sound in the film is muddy and overproduced, so that these already antiquated late ’60s novelty pieces are smothered by disco-era duvets-of-sound. So, the one thing that might be really good here ends up lost in the shuffle. The title song, “Age of Aquarius” (and how dopey is that?) and “Good Morning Starshine” are shockingly wan.

Though, honestly, who thinks a song of words describing sexual acts (“Sodomy”) to, I guess, an uptight society woman, is…well, anything other than degenerate? How is this clever? 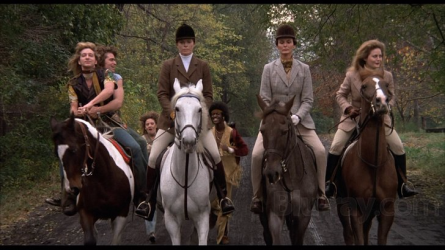 But if the music has fallen to pieces since Guys and Dolls and West Side Story, the dancing is just chaos. If West Side Story chose a more emotive approach over Guys and Dolls, Hair just wallows in meaningless motion. Any particular part of it might be good, I suppose, and there’s no arguing that it fits the whole slovenly endeavour, but there’s no fraction of the mastery displayed in those earlier films. (Leading to the current situation, where our best musicals have to be animated because nobody has the necessary skill to do a live musical.)

That said, the music and dancing are the high points. The grotesque story has our heroes, a band of hippies, treating a young soldier (John Savage) on his way to Vietnam to a week of drugs, sleeping in the street, jail, and generally upsetting the squares. He falls in love with a girl (Beverly D’Angelo, looking lovely and very Faye Dunaway-esque) and the two of them—hell, I don’t even know. 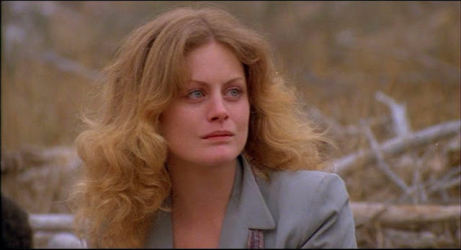 Man, if Clark ever found out about this…

There’s a kind of happy ending, where the dumb hippie leader (Treat Williams) gets himself sent off to war and killed in the place of the actual soldier. And if the movie’s going to play with the conceit that nobody anywhere in an army’s unit would notice a guy being replaced by an untrained goofball, I’m going to enjoy the fact that he ends up dead. And pretend that he only got himself killed and not everyone else in his unit.

As a gag, we (The Flower and I) dressed up in “square” clothes (others were to have dressed up in tie-dye but few actually did), but in the end, I really didn’t find much admirable in the film. (It’s well enough shot, I suppose, when it’s not a dance number.) I am very sympathetic to not participating in The System, but almost invariably “protest” doesn’t just include some bad behavior, it exists solely as a cover for it.

Weirdly, this movie seems to acknowledge that, while offering no rationale for its existence.

The kids weren’t crazy about it either, but they didn’t dislike it as much as I did. 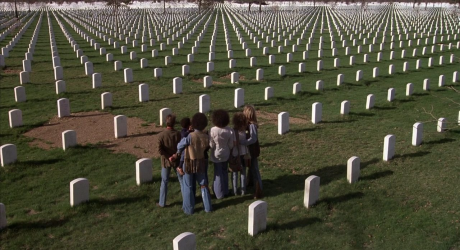 The real travesty being he’s buried next to real heroes.