I remember when this movie came out in the US and even without having gone to see it, I could tell you what my reaction would’ve been: “Huh. I don’t get it.” Nonetheless, I took the kids, who are into animé as these modern kids tend to be—although they did adopt the preferred nomenclature of the time (“Japanimaton”!)—because Akira is fairly significant in the history of animated films. If a Japanese R-rated cartoon had been released prior to theaters this, I am not aware of it. (Per the Wikipedia, Lucas and Spielberg both rejected the film as “unmarketable”. 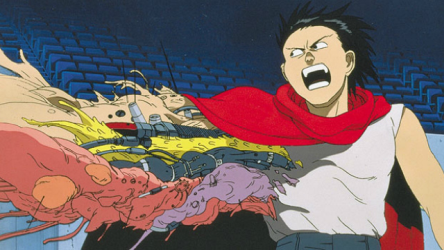 Can’t imagine why! The kids’ll love it!

And perhaps they were right, or perhaps it was a self-fulfilling prophecy, since the box office was about half-million 1988 dollars, putting in the same ballpark as the third Toxic Avenger and the second Eddie and the Cruisers movies, but well below the re-issues of the classics Wizard of Oz and Wuthering Heights. In any event, it’s a half-million bucks more than somebody had before, and enough to create space for things like The Boy and The Beast and Empire of Corpses.

I spent time last year watching a some of the kids’ favorite animé—which is available on Netflix, again probably in some small part due to this film—and found a lot of it comprehensible and worthwhile, and some of it rather bizarre (and sometimes the two categories overlapped). So I can’t state the blanket assurance I have in the past that “I don’t get animé”.

With all that in mind, I came out of the theater saying to the kids, “I don’t get it.” It’s not exactly true. The kids on the other hand rather liked it, certainly a lot more than I did. But I do have an idea what I don’t like among the tropes of Japanimation, and this is the stuff I don’t “get”. 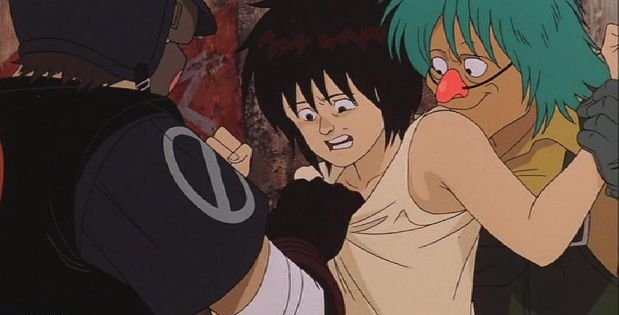 Seriously, Disney should’ve picked this up.

The story is this: Tokyo is kablooey. (The Boy, who actually read some of manga and didn’t care for it all that much, said Tokyo going kablooey is a pretty frequent occurrence in the source material, but here we get one or two kablooeys, tops.) It’s now the future, probably some crazy futuristic time—2019, in fact—when WWIII has turned New Tokyo into a stylishly dystopic, albeit apparently highly functional society, much like today (minus cell phones, ’cause, really, who saw that coming?).

Our heroes are a biker gang—scooter gang?—no, they’re bikers, but their futuristic motorbikes look like the sort of thing that would get you beaten up and any American biker rally. Anyway, it turns out that one of the gang has latent super-psychic powers, and his big-brother type has to rescue him from the clutches of the evil government latent-super-psychic-power institute. But it’s not that simple, because the kid is really getting more powerful and both less in need of rescue and less interested in his old pals than in the past.

It turns out, besides latent psychic powers, he had some latent bitterness over his lack of status in the gang.

So, yeah, it’s part Laserblast (or pick your schoolboy revenge fantasy), part Blade Runner (as was most Sci-Fi in the ’80s), part X-Men (in the sense that this is a superhero movie with a lot of telekinesis and some mind control), and part Cronenberg (don’t ask). It’s both hugely derivative of what came before it (I got flashes of Bakshi) and hugely influential on what came after it (so many tropes, here, some of them relatively original). 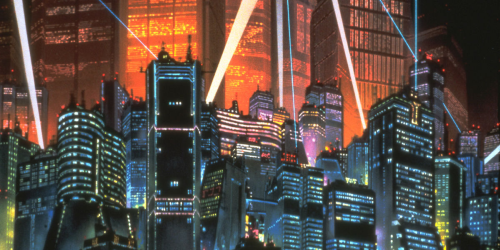 And all leads to the mysterious titular Akira, who may have been like our poor psychic sap in this story, and who may have had something to do with Tokyo going kablooey. (Hard to say, what with all the war going on.)

So, my objections to this stuff tend to be the same—at least in the sense that unless the aesthetics of the movie compensate, I tend to get alienated: If I don’t have a clear picture of the limits of the power of a superhero (and that’s what they are, basically), I feel like I’m being manipulated on the cheap. One of the Flower’s favorite animés (“Soul Eater”) riffs on my exact objection: A team characters lose a battle, badly, perhaps more than once. When one of them suggests trying again, the other asks, exasperated, “We got our butts kicked repeatedly every time. How’re we gonna win this time?” And the response is, “I don’t know. With heart or something?”

It’s not that I can’t buy into it. A movie like The Boy and The Beast just pushes it a little, for my taste. But it’s very clear, in a lot of cases, it’s just—well, I won’t say sloppy writing, because that’s not fair. I’ll say it’s not something the writers are interested in.

Fair enough. They got their own thing. Miyazaki does something similar, though not really superhero related. The vicissitudes that visit his characters are the result of being emotionally  compromised. It’s very legitimate. (It’s done very ham-handedly by Sam Raimi in his Spider-Man movies.)  But even Miyazaki can strike Westerners as boring, because the conflict is not on a St. George versus the Dragon model.

Beyond that, for me, it’s just seeing the gears. Any problem can be ramped up to higher levels, sure—as high as 9,000!—but any problem can also be combated by ramping up solutions in a similar matter. The TV show, “Flash” uses this technique: The Flash doesn’t run fast enough! This Other Guy is Faster (or has some other thwarting feature), what can we do? The Flash will run faster! (I’m not saying it’s unsuccessful at it, just pointing it out, because it’s a big hazard of the superhero genre.)

I didn’t hate it or nothing. And, as I said, the kids liked it, and were glad they saw it. 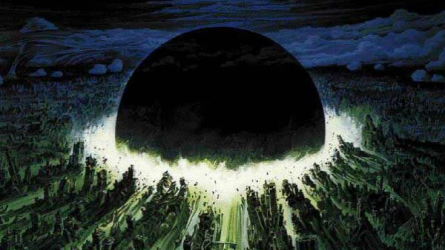 Oh Tokyo, They got some saki, and sashimi, and some clean sheets…